Questions that I’m currently asking myself…

As a result of what I’ve been thinking for the past weeks, I’ve decided to resign from many of my community activities. After many years of altruism and idealism I had to concede that the world around me doesn’t stop spinning and becomes more idealistic. Thus my activities, meant to create good things, decayed into a manifestation of the self-exploitation which runs this system. Since it wasn’t going to be easy to leave the treadmill, it had to happen with a hard break from one day to the next. But for a few exceptions I have withdrawn from many fields and considerably reduced the amount of time I dedicate to the existing ones.

I don’t want to bother you with details which only concern me, but I do want to ask some questions. I hope for an exciting discussion in the comments.

Why do some believe they have to (or at least should) give back in return? And why doesn’t this question bother so many more people? Why does someone feel obliged to e.g. WordPress.COM (the webhoster, not the Open Source project) even though it is a commercial enterprise? Is writing a plugin a personal pleasure or does that already count as contribution? How should a freelancer without a web developer team or company follow the current happenings at all, given so many channels, tracs, blogs, etc.? Does anyone currently not specifically released from work in order to contribute (and still get paid!) have a chance to get promoted in the hierarchy, to seriously move anything in WordPress?

And when did that, oh so contemplative, WP community become the shark tank that only deals with tough business?

Why is the Gravatar feature firmly connected to WordPress when Gravatar.com is a project by Automattic? Isn’t that plugin territory? And why the heck do I need an external function just to find out whether a Gravatar exists or a default image is used?

Why do the guidelines of the Theme Review Team forbid the usage of Shortcodes/CPTs/etc. due to problems when switching themes if, in the meantime, the Plugin Review Team explicitly allows those plugins which only work for one theme, which brings the entire idea (function remains intact after switching themes) to absurdity?

Why are people speaking of flat hierarchies and meritocracy, if it becomes elitist and opaque, and, in the end, due to a shortage of people with sufficient permissions, it has to become inherent to the system? In the past such a thing was called foolish. Who is in charge? Where do I get a permit A38? Who has the permissions? Who has time? Does it really matter? Who can decide at all? And we Germans are always accused of club fanaticism. 10 years of youth press weren’t by far as bad as 10 years of WordPress.

Why is there a Q&A format on WordCamps? I never took any real information out of a Q&A session. Even if there was a legitimate question, it wouldn’t get answered directly in the Q&A I see only generic statements such as „Yes, important question, thank you for asking about this topic, we will look more closely into it in the future…“ – I can give 99% of these answers without having heard the specific question. Do we need this superfluous format?

Nobody as developer can know everything, that’s for sure. But if I take code from somewhere else, I specify where the code comes from and if I added something to it. How can you belong to an Open Source community and not have understood this simple principle? (Exceptions confirm the rule – meaning those who adorn themselves with borrowed plumes). And I don’t even want to get started complaining about not working with me and adding the changes to my open sourced code, which is another problem …

And why do so many users understand this principle even less (i.e. not at all), reach out in the forum, by mail, Twitter, etc. and formulate the questions as if we were a company and they were entitled to a (paid !?) support? Who wants to experience despair and lose their faith in humanity only needs to look at the emails that came in through the contact form of de.wordpress.org (when it was still open).

In a project organization which is based on volunteers, how can it be that obligations are expanded without the „concerned“ being asked at all? Tasks get set, which have never been discussed within the really all-important team. Shouldn’t the team set its own targets? And if the goals come „from above“, who or what is this „above“ and who has legitimated it (or rather him)? Or, more specifically, why doesn’t Matt discuss the visions before he announces them and even surprises the Team Reps with it? (Fun fact: Asked this in a Q&A – doesn’t get a real answer …)

I have asked myself in the past few years again and again why many more people don’t take up the tasks that exist in the German community announce, organise, record meetings in Slack, establish contact, hold and be a return channel between international teams and German-speaking teams, work on tickets which are especially interesting for us in Germany/Austria/Switzerland, and much more…

In the meantime, I feel that not everyone else is doing it wrong, but that I might. Translate plugins for companies who can afford a professional translation themselves? Bureaucratic fulfillment without having a real say on one’s own work area? Not for me, not anymore.

Pascal (aka swisspidy) recently had an enlightening Tweet from the Drupal camp for me:

And that is what I am going to do in the future. Stupid question in the forum? Tab closed. Decisions are made about my voluntary work without asking me/the team? I’m gone. With the remaining jobs, I’ll still „sacrifice“ more for WP than is good. According to my calculation, 5% for the future would be 2 hours a week in a 40-hour week. My aim for the future will be not to exceed this value. That will be hard enough. Too often, this was a value I would exceed in one day…

Additional Notes:
This post highlights two additions which are not part of the original post in German.

Also, this post wouldn’t be live so fast without the great translation work from Bego Mario Garde, better known as @pixolin. Thank you very much! He quit his work as GTE before me and and we’ve had many discussions about these problems in the last years. He is one of the many people who have made my decision very hard.
Although he translated 99% of the text, every content and typo is mine, so if you have a problem with any of it – shoot at me. Not him. 😉

Thanks to Zé (@zedejose) for proofreading the text for me. 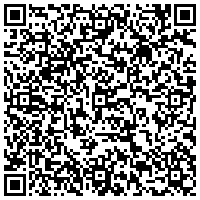